Fine Science Tools designs and manufactures the most innovative and precise instruments in the biomedical research industry. Each year, Decca works with FST to reflect those qualities with a clear, consistent message in visually striking ways. 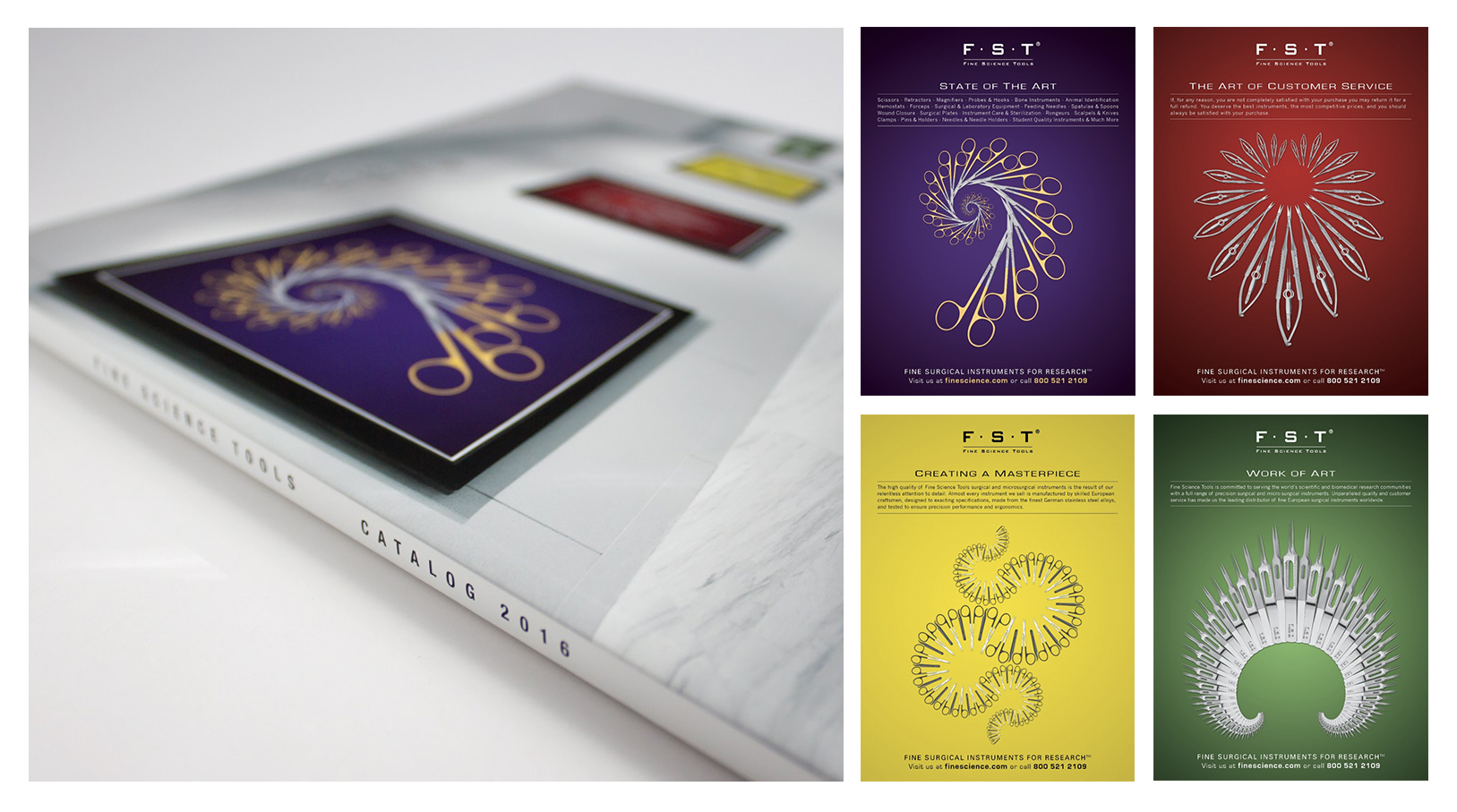 Life at the Top Never Gets Old

Ongoing research has shown that the work is as effective as it is compelling. In a string of message impact studies conducted by Readex Research—dating from 2009 through 2014—Fine Science Tools’ advertising has frequently ranked first in attention-getting ability.

The campaign’s most recent achievements include #1 rankings in the June issue of Lab Animal magazine and the August issue of Nature magazine. Nature magazine featured a Fine Science Tools half-page ad that outperformed all other advertisements in the issue, including the full-page displays.

Having the right strategic marketing partner has made all the difference. The Decca and Fine Science Tools partnership has resulted in the following accolades for Decca:

Decca and Fine Science Tools have developed an uncommon synergy that has stood the test of time. You can see it in the consistent body of work they’ve produced together. The message is always simple. The design is always enticing. And the audience response is always positive. Those three factors have enabled Decca to help Fine Science Tools solidify its industry-leading position while building a truly unforgettable brand.