Getting Teradici noticed in a big way.

Teradici is a small but fast growing company with an innovative technology and unlimited market growth potential. Zero Client was a product with limited awareness and Teradici was counting on Decca to change that. 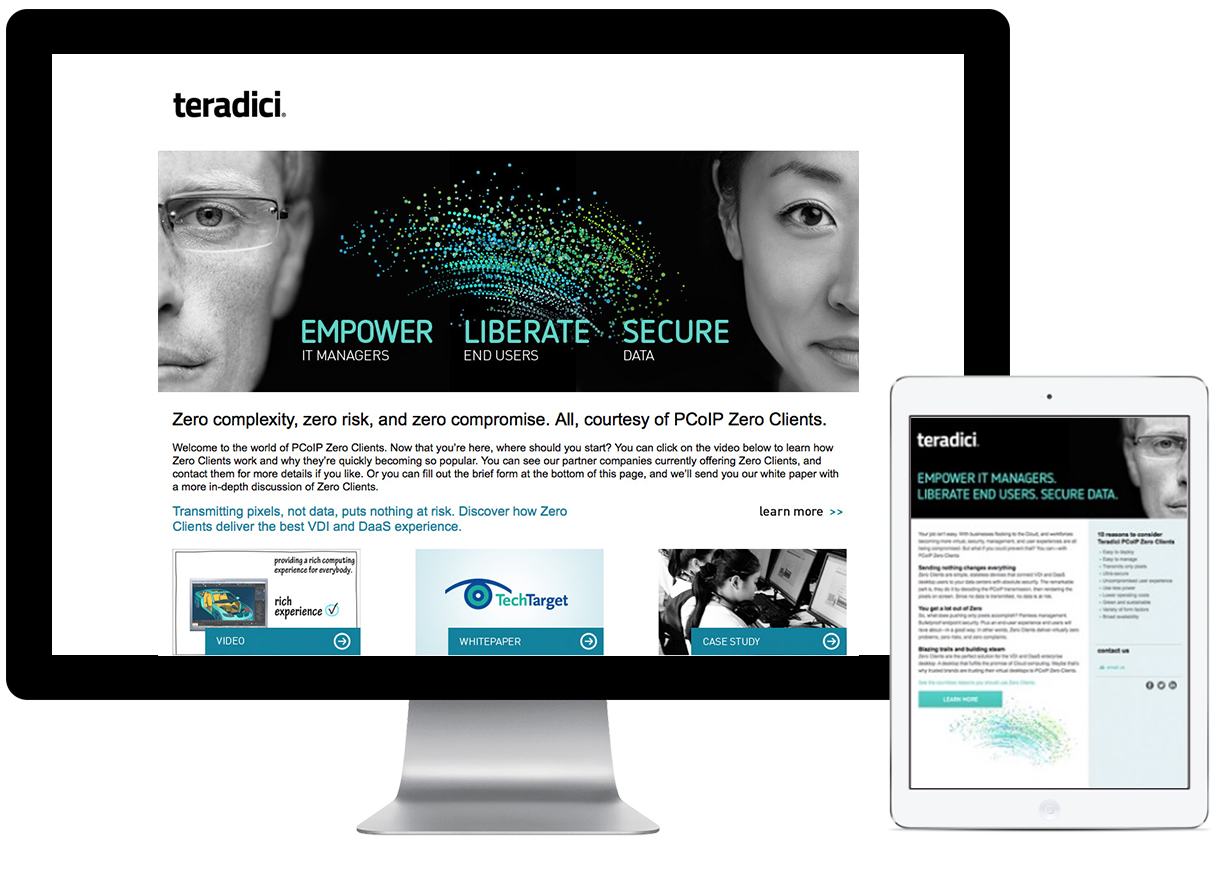 The Zero Client is a device that features a PCoIP protocol that delivers a virtual desktop experience unlike anything else. Teradici’s hope was to generate awareness for Zero Client so it could become a bigger part of the virtual desktop conversation and ultimately increase the number of Zero Client evaluations. Decca took on the challenge of developing a campaign around accomplishing just that.

It all began with a solid strategy. Decca targeted Enterprise IT managers and administers in North America and positioned Zero Client as the ideal, cloud-enabled, enterprise VDI/DaaS desktop solution. Decca implemented an integrated campaign including:

With the strategy in place, Decca focused on the creative execution and designed striking graphics and a cool color palette that set a progressive, almost futuristic feel. The messages were simple and compelling with just enough intrigue to imply that Zero Client was a secret soon
to be revealed.

What happened next was no surprise. The campaign performed well above industry standards, achieving 3 times the projected results within the first 30 days alone. And it was universally praised in the marketing world. Summit International presented Decca Design and the Zero Client campaign with its Emerging Media Leader Award in the Multimedia Campaign category. The award recognizes those who lead the marketing industry by pushing the bounds of creative excellence and setting the pace in emerging media. Considering the campaign was for technology setting the pace in its own industry, the honor couldn’t have been more fitting.