McAfee by Intel came to Decca with a request to plan and execute a large advertising campaign to support their presence at RSA. We recommended and created a variety of high impact placements such as bus wraps, kiosks, video walls, billboards, mobile ads and conference signage to create a powerful brand presence and increase traffic to their booth. 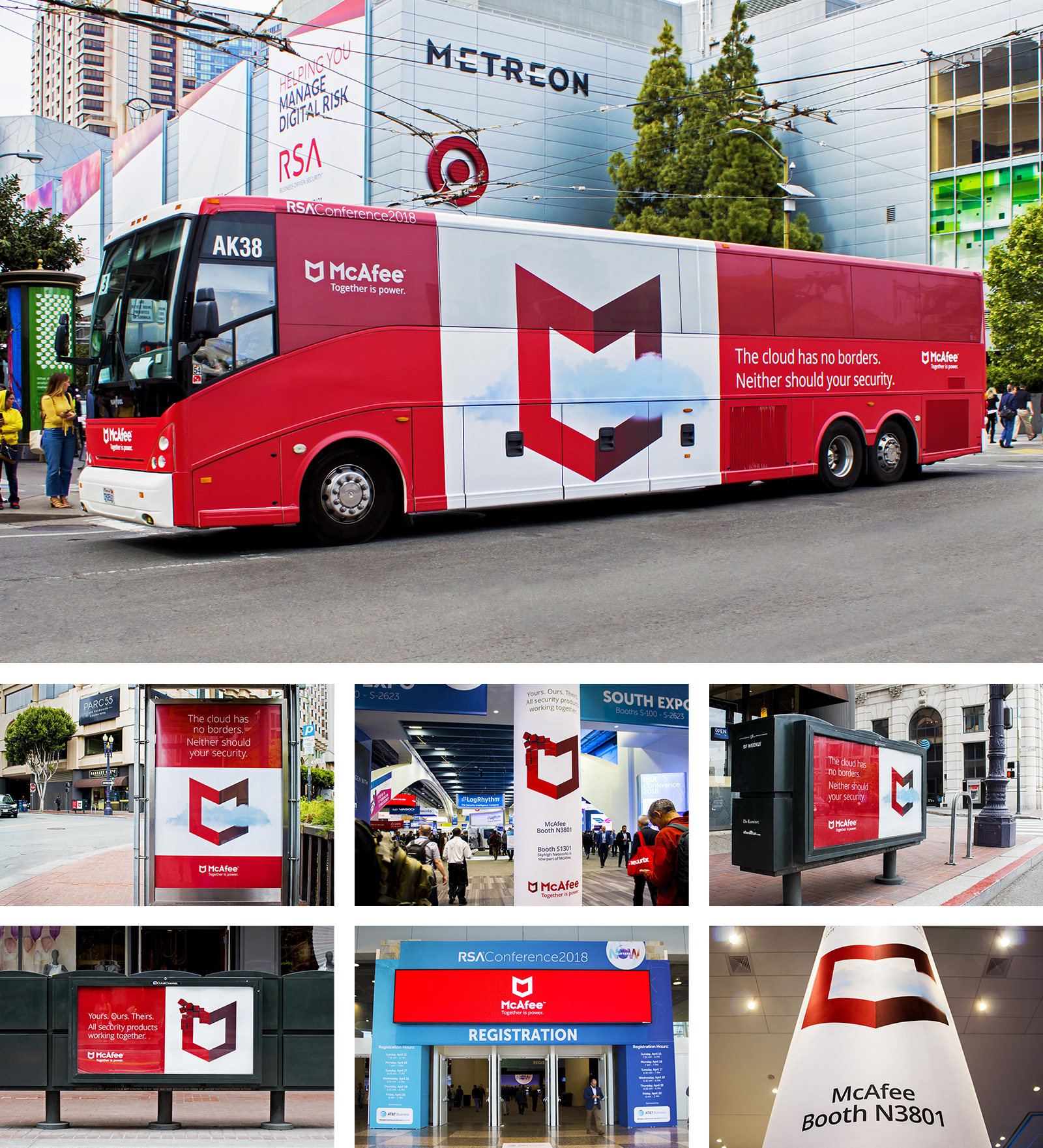 In 2011, Intel bought McAfee® and created their Intel Security business unit, with the goal of creating an integrated full stack security solution. 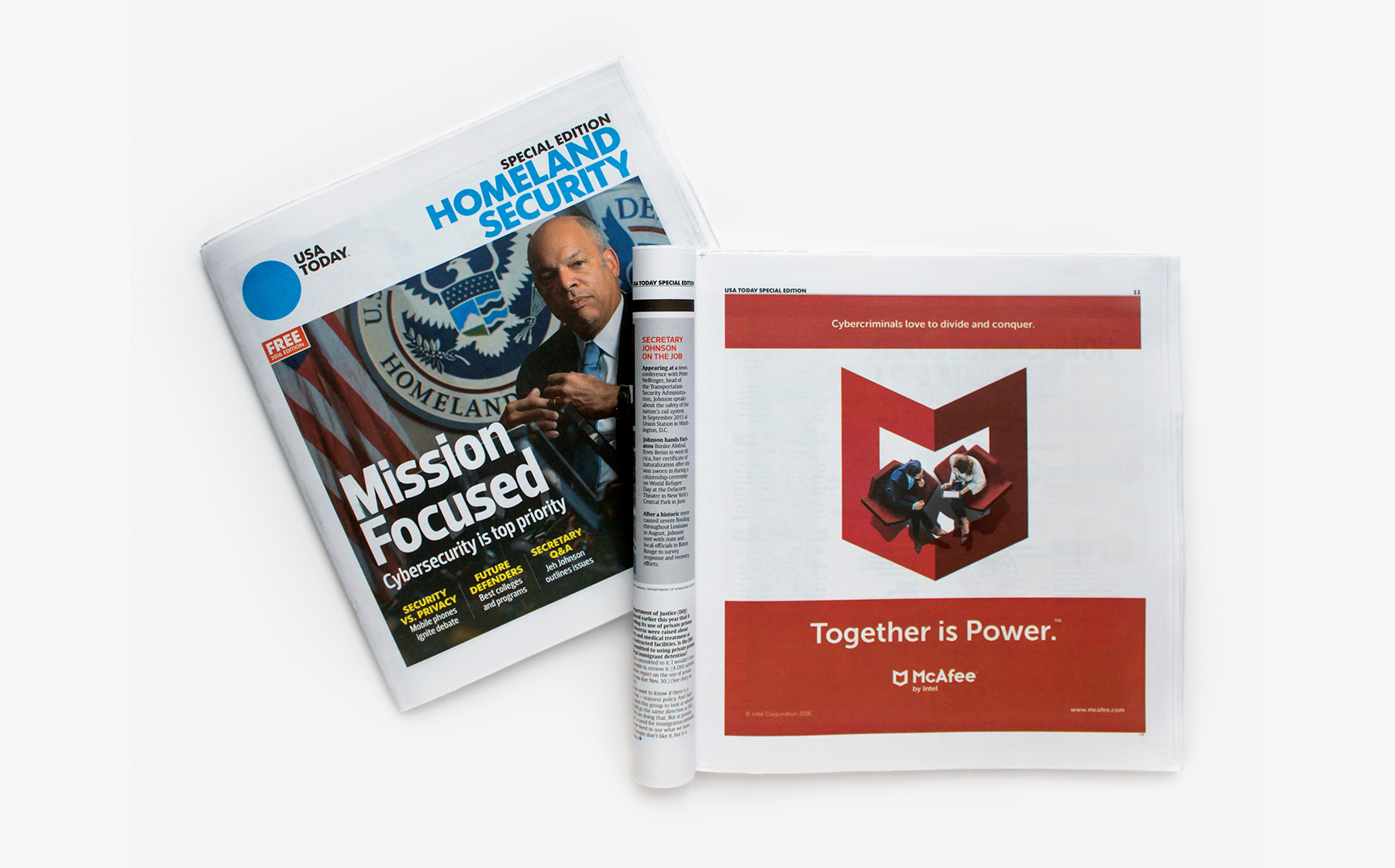 The Case for a Rebrand

They now boast an ecosystem of 125 cybersecurity vendors, working together through an open communications fabric and in all aspects of the threat defense lifecycle—protection, detection, and correction. Working with two-thirds of the world’s 2,000 largest companies, and enjoying revenue growth of 11 percent in the first half of 2016, Intel has decided to spin off the business unit.

The new company will be renamed McAfee. As part of this move, they decided on a new identity for McAfee products. Just weeks before the start of the annual Intel user conference, Focus 2016, they decided to unveil the rebrand. To quickly turn around the materials and make placements they needed to make the big splash they desired at Focus, 2016, Intel Security turned to Decca Design.

Decca worked closely with the Intel Security team to help plan and coordinate efforts for the launch. In just a few weeks, Decca designed materials that leveraged the new identity. At the same time, they used close vendor relations to get production of oversized materials that would usually take eight weeks done in two. Long-time media relationships helped them to get great placement in and near airports in San Jose, San Francisco, Dallas, and Las Vegas. Intel Security was able to flood departure gates with large, high-impact column wraps, and even billboards on highways leading to the airports. Everything was launched in time for the rebrand announcement.

The announcement went off without a hitch, and created the buzz Intel Security wanted. They were effusive in their praise:

“You have been an amazing partner and extension to our team… Thank you to each of you for making today possible. I know it has been a tough road but this team pulled out every stop and overcame every challenge, refusing to accept anything other than awesome.”