Pivot Medical was founded in 2007 and is a current market leader in hip arthroscopy. Decca Design was asked to generate awareness for this innovative medical device company in the orthopedic segment. 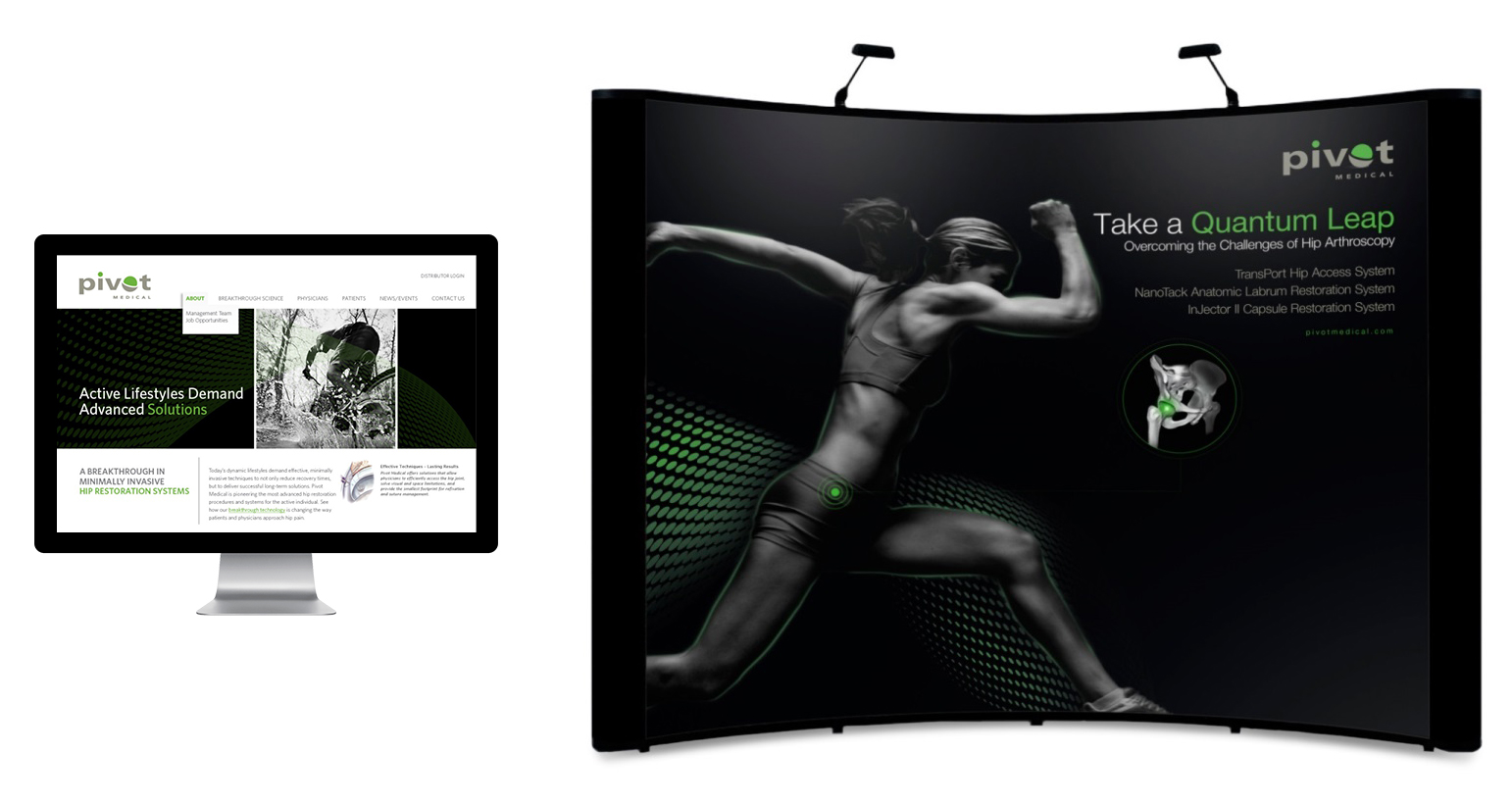 The Quest for Differentiation in a Crowded Market

An important step in the company’s marketing strategy is to increase recognition of the brand, not just among physicians and patients in general, but especially among orthopedic surgeons specializing in the field of hip arthroscopy.

The Right Audience at the Right Place and Time

Decca developed an ad campaign featuring the striking graphics and messaging, to create differentiation in this highly competitive landscape.

The combination of dramatic creative, strategic planning and effective media testing paid off. A pilot campaign was run to track response and the extended media plan was adjusted based on performance. In Phases 1 and 2 of the campaign, banner ads significantly out-performed the industry averages. The campaign was so effective that the quarterly response goal was met within the first 30 days of the campaign.

“The team at Decca has played a key role in the formulation and execution of our branding, advertising and social media efforts. Their creative acumen has been instrumental in our ability to differentiate our company and deliver measurable results.”

Pivot was looking to create a website that would not only target medical professionals and provide product information, but would establish a solid brand identity and reflect their brand personality. Decca used bold imagery to reflect this personality which was successful in helping Pivot stand out in their field.
Corporate Website 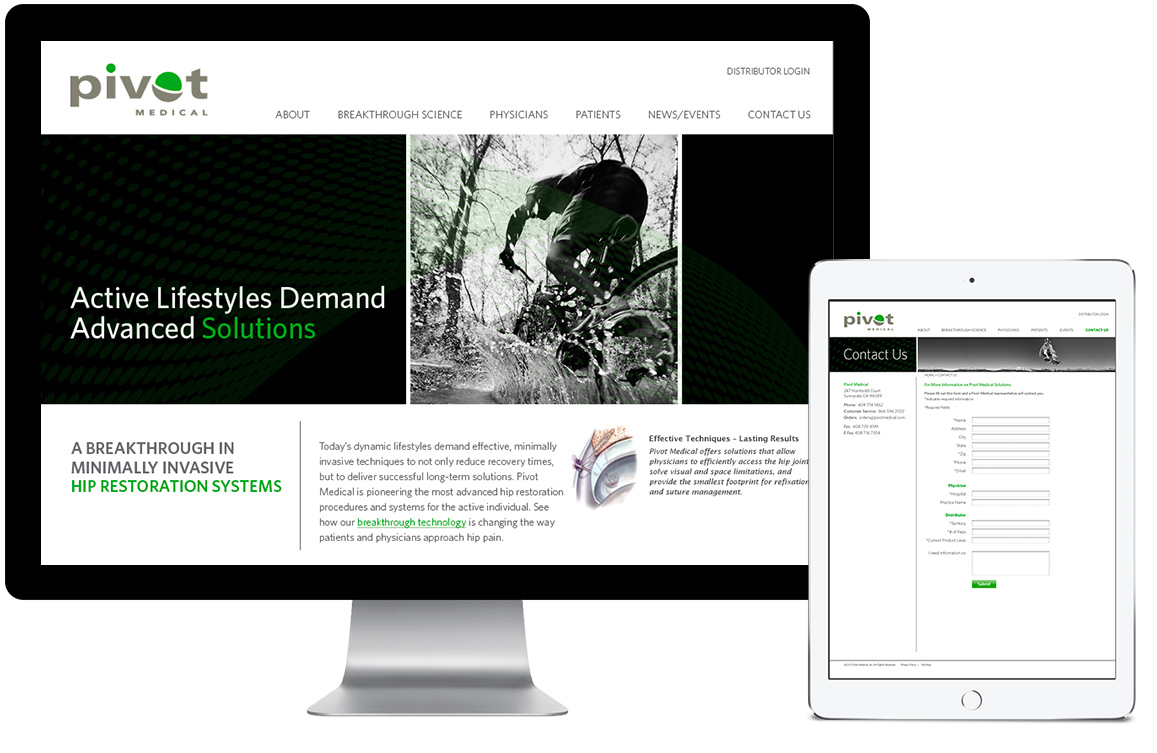 This integrated campaign is one of our agency’s most effective ever. The campaign featured print and banner ads. These, and the company’s trade show booth, employed phenomenal visual images to successfully target orthopedic surgeons who treat athletes.
Print Ads 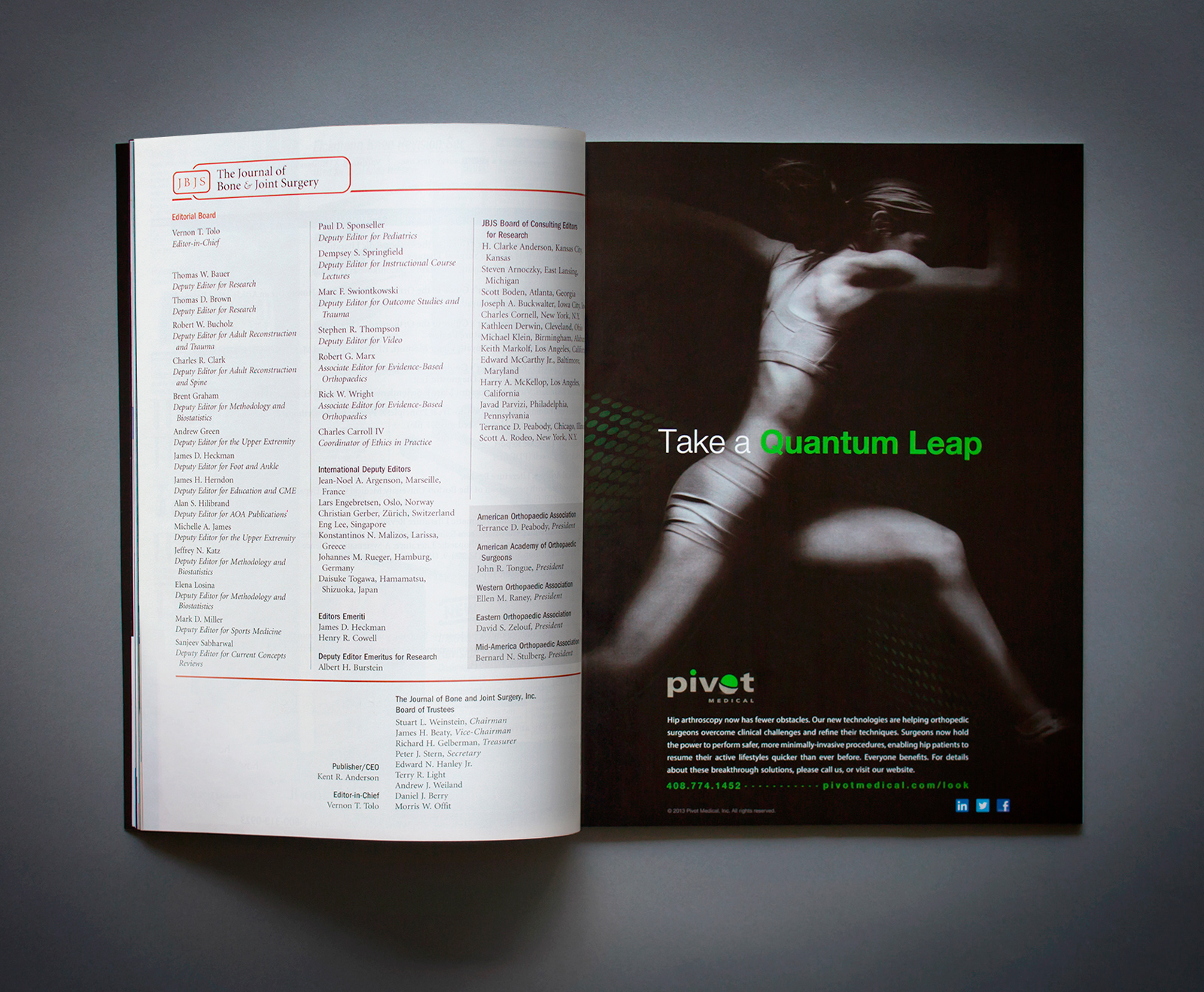 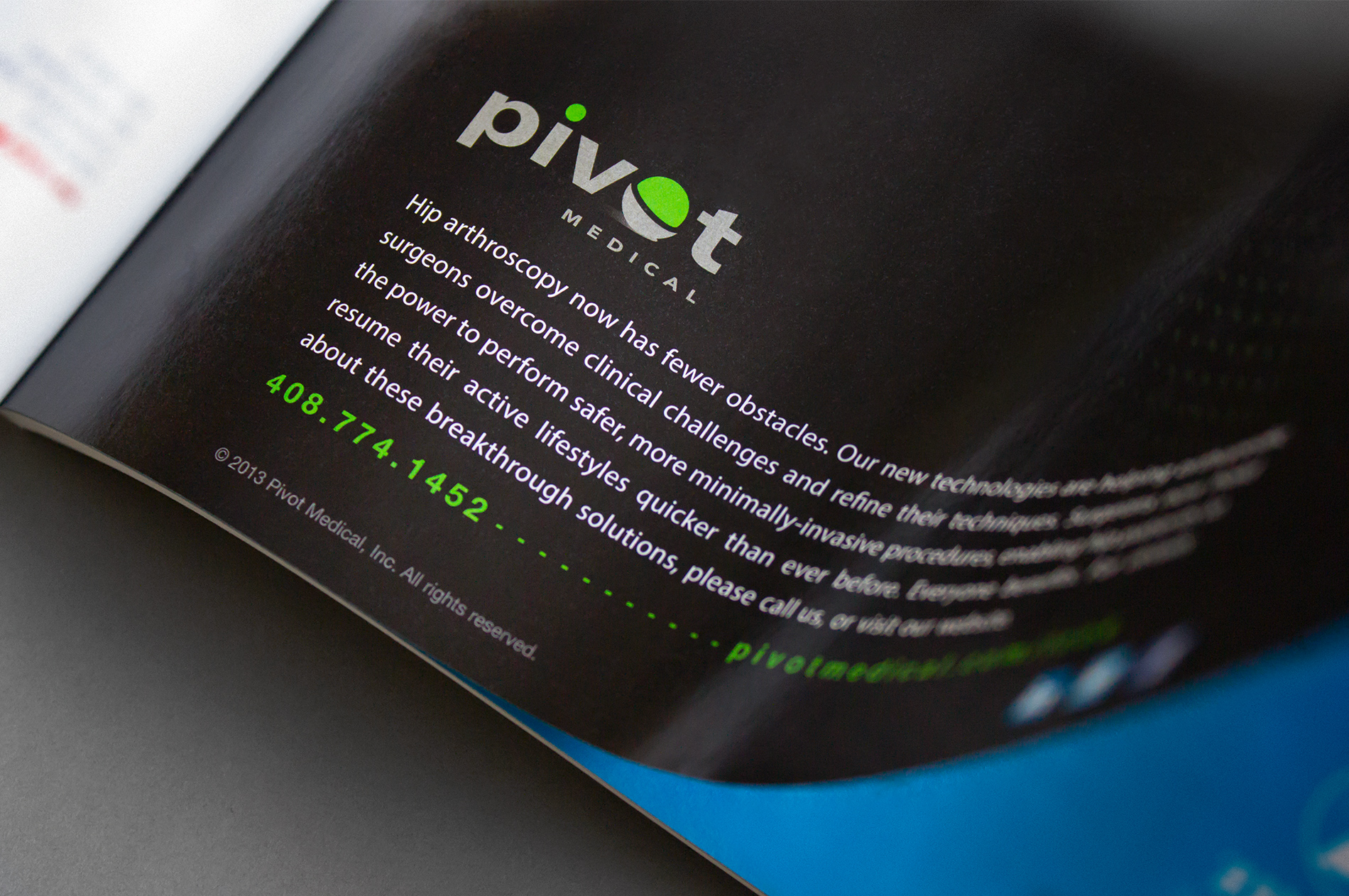 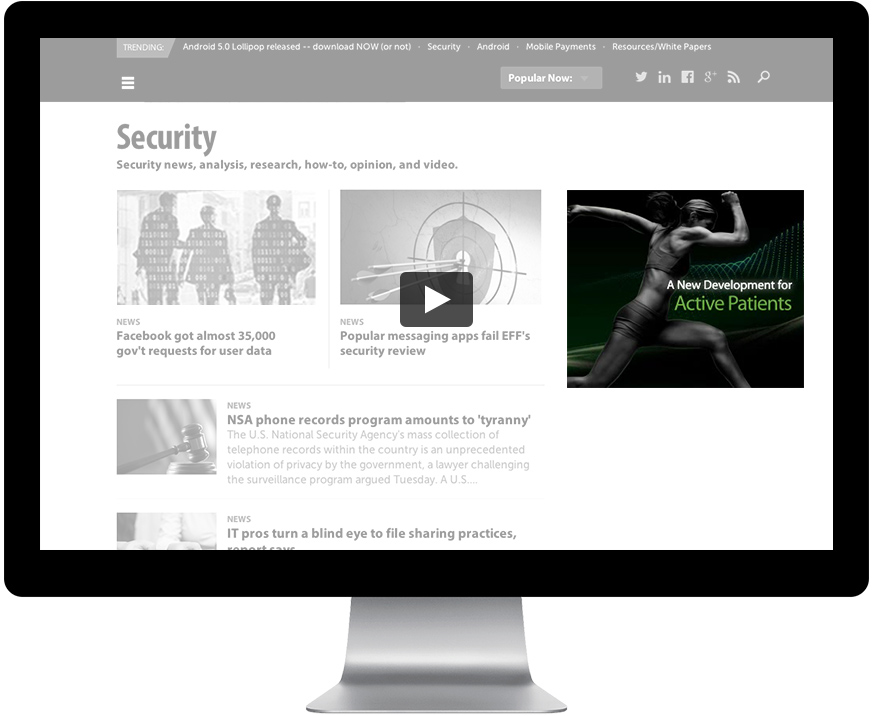 To raise awareness for Pivot, we produced a visually impactful and highly-effective awareness campaign. The campaign appeared even larger than life once we applied it to environmental graphics, which included Pivot’s trade show booth and a series of backlit kiosks. 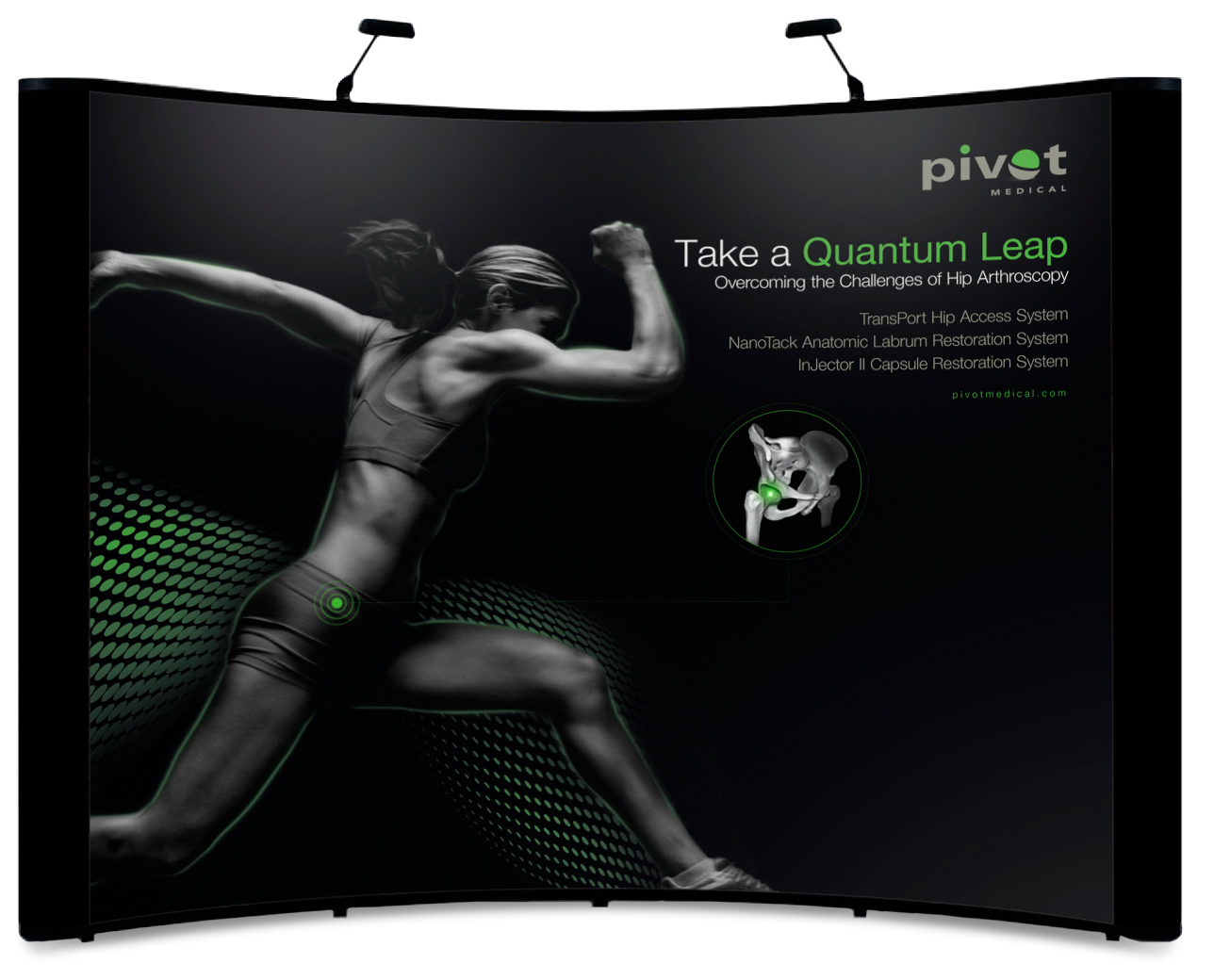